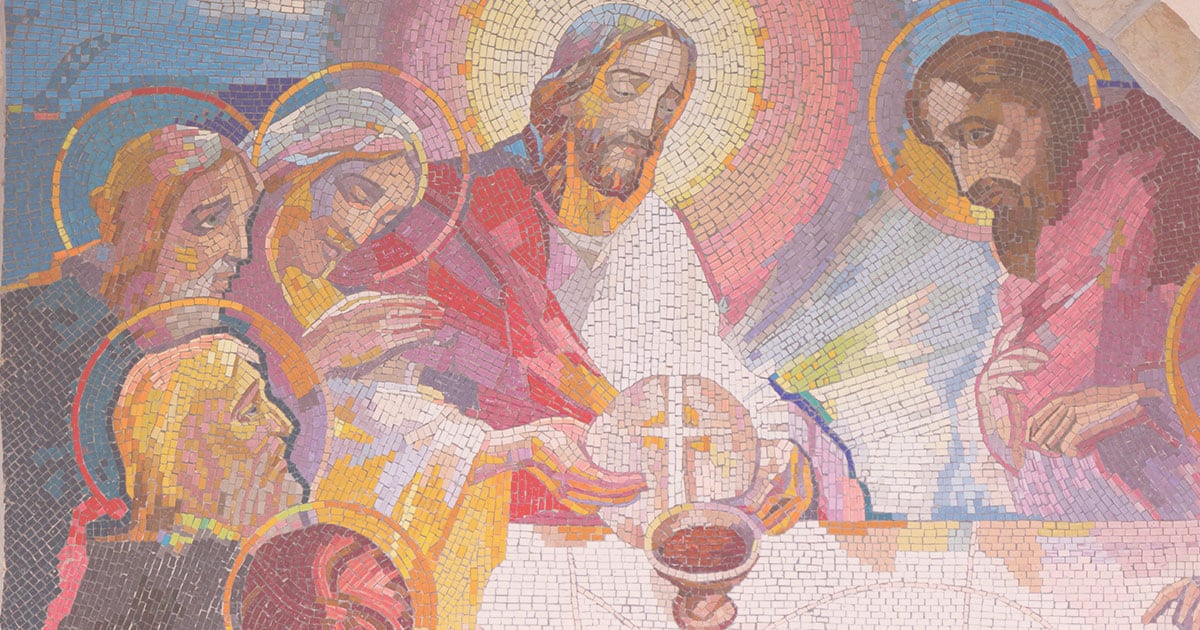 One of the most important teachings of the Catholic Church is one of the most difficult teachings we are asked to believe—that Jesus is truly physically present in the bread and wine which is consecrated by the priest during the Holy Mass. Even some priests have struggled with this belief and God, knowing that we need help to believe, has provided us with proof—miracles—that His Son is truly present in the Eucharist. This change is called—Transubstantiation—or “change of substance.”

I chose to dive into a recent miracle. This one took place in 1996 in a church in Buenos Aires, Argentina.

At 7:00 in the evening on August 18, 1996, Father Alejandro Pezet was saying Holy Mass. As he was finishing distributing Holy Communion a woman came up to tell him that she found a discarded Host on a candle holder at the back of the church. Since Fr. Alejandro knew it was a defiled Host and was unable to consume it, he placed it in a container of water so it could be dissolved as he was taught and put it away in the Tabernacle of the Chapel of the Blessed Sacrament.

On Monday, August 26, when he opened the Tabernacle, he saw that the Host had turned into a bloody substance. He informed Cardinal Jorge Bergoglio (Auxiliary Bishop at that time, and who is now Pope Francis), said the Host must be professionally photographed. The pictures were taken on September 6, they clearly show that the Host, which had become a fragment of bloodied flesh, had grown significantly in size.

Now, this was kept in strict confidence and for several years the Host remained in the Tabernacle. Since the Host suffered no visible decomposition, Cardinal Bergoglio decided to have it scientifically analyzed.

On October 5, 1999, in the presence of the Cardinal’s representatives, Dr. Castanon took a sample of the bloody fragment and sent it to New York for analysis. As to NOT influence the study, he purposefully did NOT inform the team of scientists of its provenance. Dr. Frederic Zugibe, a well-known cardiologist, and forensic pathologist determined that the analyzed substance was real flesh and blood containing human DNA.

Let’s digest this for a second. Not only is this a part of a human heart that is responsible for contracting the heart—this muscle pumps blood to the entire body! And the heart muscle was under severe stress which is what happened to Jesus when was scourged and beaten before he was Crucified.

There were two Australians, Mike Willesee (a journalist) and Ron Tesoriero (a lawyer) who witnessed these tests. They knew where the sample had come from and they were dumbfounded by Dr. Zugibe’s testimony. Mike asked the scientist how long the white blood cells would have remained alive if they had come from a piece of human tissue, which had been kept in water. Dr. Zugibe said they would have ceased to exist in a matter of minutes. The journalist then told the doctor that the source of the sample had first been kept in ordinary water for a month and then for another three years in a container of distilled water; only then had the sample been taken for analysis.

Dr. Zugibe was at a loss—that cannot be possible—at least scientifically it is not possible. There was no way of explaining it scientifically, he stated. Only then did Mike Willesee inform Dr. Zugibe that the analyzed sample came from a consecrated Host (white, unleavened bread) that had mysteriously turned into bloody human flesh.

Amazed by this statement, Dr. Zugibe replied, “How and why a consecrated Host would change its character and become living human flesh and blood will remain an inexplicable mystery to science—a mystery totally beyond her competence.”

Only faith and God can provide a reasonable answer. God wants to make sure we are aware that He is truly present in the mystery of the Eucharist. His presence is REAL and NOT symbolic.

Biblically speaking, when Christ told his followers to “eat his flesh and drink his blood” most of his followers fell away from Jesus. What Jesus was telling them to do was very difficult for them to listen to and to believe so many of them left Jesus because of what he said. Jesus did not then change his story or say, “Oh, c’mon guys, I am kidding—it is a symbol—I don’t actually want you to eat my body and blood, don’t be silly, that would be gross!” He did quite the opposite and repeated it with more clarity. This was not some parable Jesus was reciting either. Nowhere in the Bible do you hear any other parable where people walked away, in disgust, at what Jesus was saying to them. Even though other disciples left, he asked Peter if he was going to leave as well. Peter said, “To where should we go, you have the words of everlasting life.”

They believed and understood what Jesus meant, especially when Jesus Instituted the Eucharist at Pentecost. Also, throughout the bible, people who saw Jesus after the Resurrection, could only recognize him after he broke the bread.

Luke 24: 30-31
“He sat down to eat with them, took the bread, and said the blessing; then he broke the bread and gave it to them. Then their eyes were opened, and they recognized him.”

Here are a couple websites with more Eucharistic Miracles that you can check out on your own. I chose these because there are pictures and there is even a cartoon to show to youngsters about the real presence in the Eucharist in a separate Churchpop link.

As I have mentioned quite a few times, I absolutely believe the Eucharist IS Jesus! Not just because of these articles and facts, but because of how I FEEL when I receive Him. I can FEEL Him taking over and changing who I am and chiseling away at me and my sinful ways. I know this because I can FEEL this happening to me.

I hope to have ignited some thirst in you to research more on the Eucharist. You can have the Body and Blood, Soul and Divinity of our Lord Jesus Christ in you, too!

May God Bless You!